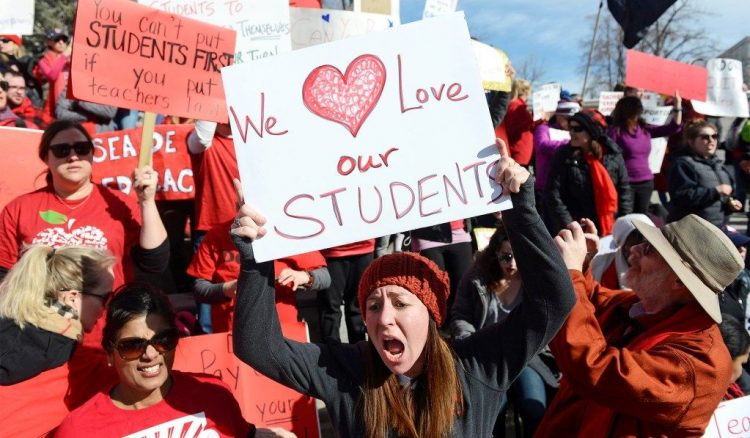 The just problem? This narrative is bunk. For all the talk about “merit” and “performance,” ProComp is practically completely devoid of any links in between pay and instructor performance.

As Denver Public Schools’ payment chart shows, ProComp enables instructors to earn an annual $3,851 pay bump for getting an advanced degree or license; a $2,738 boost for working in a “hard to staff” field or a “hard to serve” school; $1,540 for working in a “ProComp Title I” school, which is different than a “hard to serve” school; $855 for completing the requisite “professional development units”; and between $800 and $5,000 for filling designated leadership functions. There is also a annual reward for teachers based on trainees’ state-wide-exam results.

None of these benefits, save perhaps for the last one, are performance-based. The only other element of ProComp resembling anything even from another location close to a performance-based reward for private teachers is the $855 they can receive for a acceptable examination on a paper-driven performance rubric — and that figure falls by half for longtime teachers. (Just how modest is such a sum in context? Typical teacher pay in Denver prior to incentives is about $51,000, and the district has currently provided teachers a 10 percent raise.)

A couple points here merit note. First, contra the coverage of the strike, the Denver pay system which has stimulated so much backlash is not in fact rewarding performance. Rather, ProComp is mainly developed to reward the normal credentialism and to guide teachers to work in certain schools or fields. That’s all fine, and some of it makes great sense, however it’s a misnomer to characterize it as making up a “pay-for-performance” scheme.

Second, to the level that ProComp looks for to reward performance in any fashion, it has opted for school-wide bonuses to schools that make large gains on mathematics and reading scores (what the district euphemistically terms “top performing-high growth” schools). Checking out and mathematics ratings matter, a lot. But education reform’s fascination with paying for test points is uncomfortable on numerous counts. It is bizarrely removed from the guideline that most teachers (including those who teach science, foreign languages, music, or history) are asked to focus on and has encouraged corner-cutting and straight-out cheating. It likewise has parents concerned about narrow curricula and soulless direction, and teachers feeling like insurance coverage salesmen.

Performance pay is constantly tricky, but a raft of for-profit and non-profit organizers have muddled through in pretty practical methods — tapping human judgment, looking for to examine the full contribution that an worker makes, and relying more upon promos and raises than one-time bonus offers.

Denver’s situation is so notable since Denver is no laggard. Indeed, for lots of years, it has been commemorated as a “model” district by reformers. So it’s discouraging how little progress the city has actually made. Reformers injury up being so focused on finding methods to pay instructors to switch schools or raise test ratings that they missed out on what may have actually been a larger opportunity to reshape the mentor profession by reimagining how teachers’ task descriptions, pay structures, and obligations might work. Certainly, given the restricted dollar quantities involved (a 1–2 percent bonus if a teacher aces his individual evaluation), it’s hard to picture why anybody ever anticipated ProComp to be a game-changer.

As teacher strikes continue apace and efforts to improve schooling move on from the interest of the Bush and Obama years, there may emerge new chances to reconsider teacher pay. If they do, reformers should take them by focusing more intently on how well instructors do their tasks, and less on where they work or how lots of boxes they check.